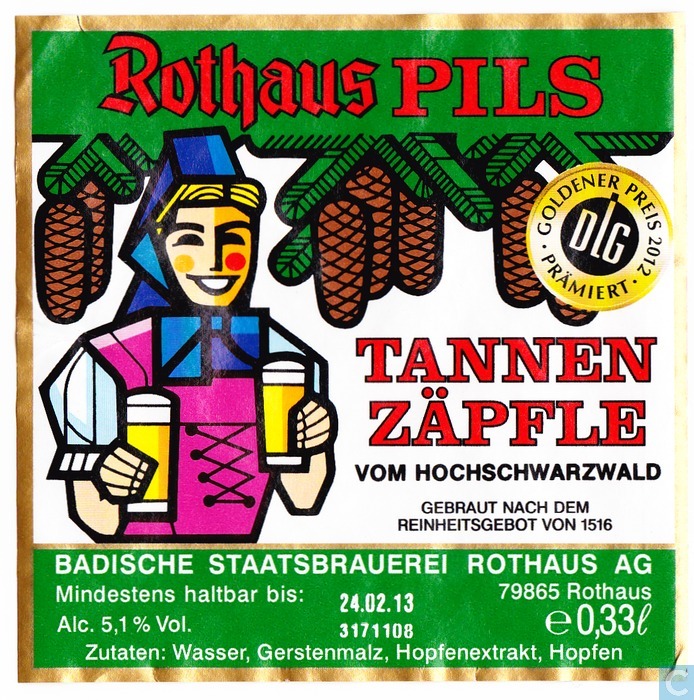 “Hey Dad,” my youngest son said to me, “How’s about we go to Der Biergarten for Father’s Day?” He didn’t have to ask me twice. I just love German food and beer, so Der Biergarten in downtown Atlanta it would be. I pointed my browser at their website and then hopped on over to the beerlist. Of course I did! What did my wondering eyes behold but Rothaus Tannenzäpfle, a beer I had been seeking for years now but just could never find.

Problem was, it was Tuesday, and Father’s Day was Sunday. Would the keg last that long? I feared the worst, arriving at Der Biergarten, ordering a half liter, only to be told “the keg just kicked.” The days dragged on until finally, Father’s Day arrived, and we arrived at Der Biergarten. On the way up the stairs, I spied a Rothaus Tannenzäpfle banner; a good sign! We got our table, and I ordered up a mug. Presently, it arrived, that beautiful golden brew in a tall Rothaus glass (I tried to buy that but they weren’t selling).

Which means if you don’t speak German:

Rothaus Tannenzäpfle is the absolute classic among our beers - and has been since 1956. Therefore, it is also the namesake and figurehead of the Zäpfle family. The best aroma hops from Tettnang and the Hallertau as well as local malt from spring barley and the purest spring water from the High Black Forest give Rothaus Tannenzäpfle its uniquely spicy and fresh taste.

Rothaus Tannenzäpfle is a pilsner in style, with an alcohol content of 5.1% by volume with 31 IBUs. Now, 31 IBUs may not seem like a lot, but remember that bitterness levels are relative when balanced against the malt. Here, the malt is soft, crisp, biscuity, bready, even pillowy. I paid (or my son paid actually, it was Father’s Day after all) $9 for a half-liter at Der Biergarten. Total Wine sells it for $14.49 a 6-pack in bottles, though I have yet to see it there. I do look forward to them carrying it, and finding it at Alpine Bottle Shop in Helen this fall, on tap at Taco Mac, and perhaps even at Stout’s Growlers. I have a bottle coming from Half Time Beverage which I bought as a Plan B in case Der Biergarten was out. Better safe than sorry.

Rothaus Tannenzäpfle pours to a pale golden color with a crisp biscuit malt palate and a nose of bready malt and earthy hops. Taking a sip the beer is medium in body up front, again full of that delightful crisp biscuity malt.  It finishes dry grassy, spicy,  and gently bitter. It is very delicious indeed and a beer I look forward to drinking again. And again. And again. 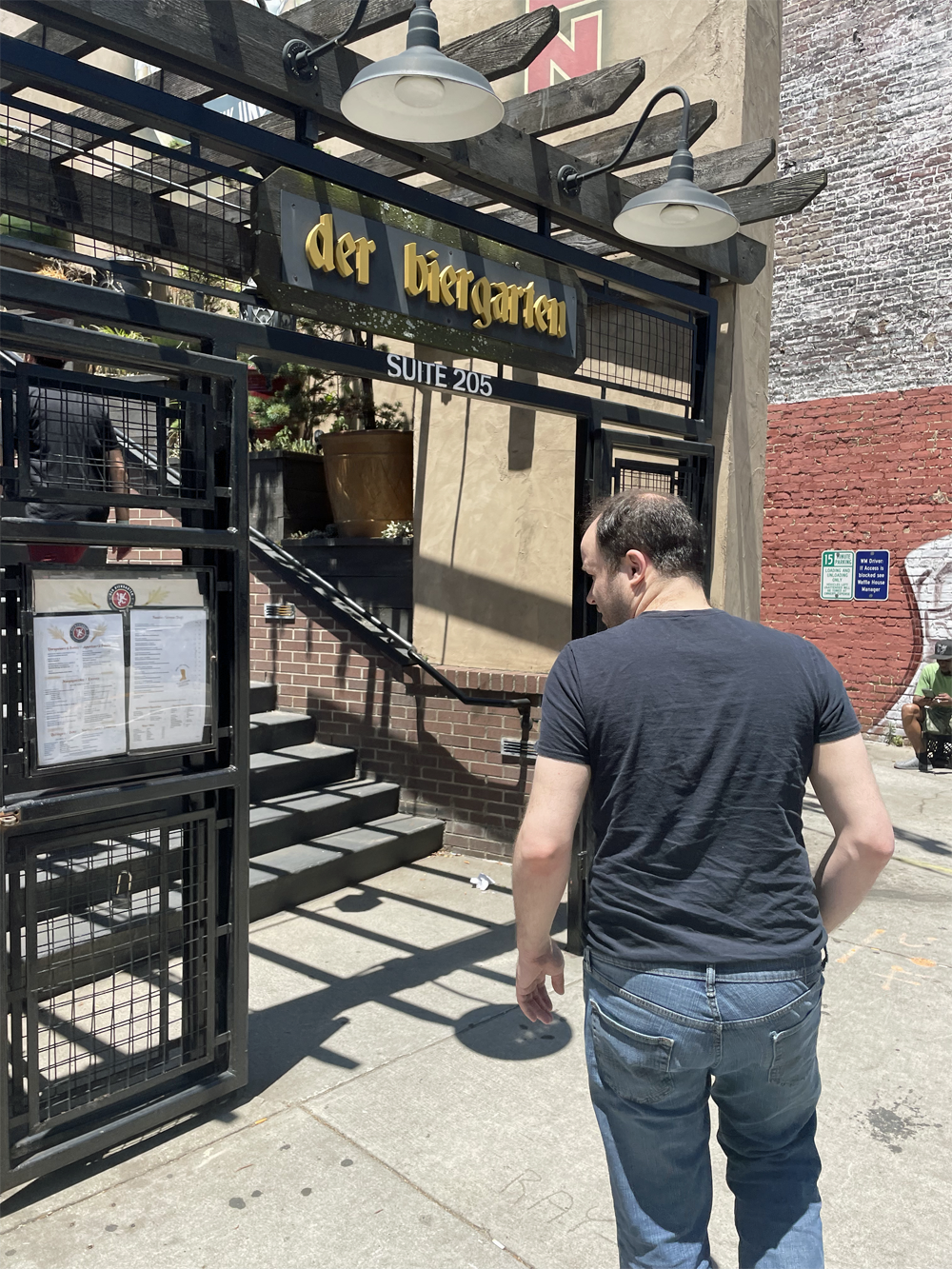 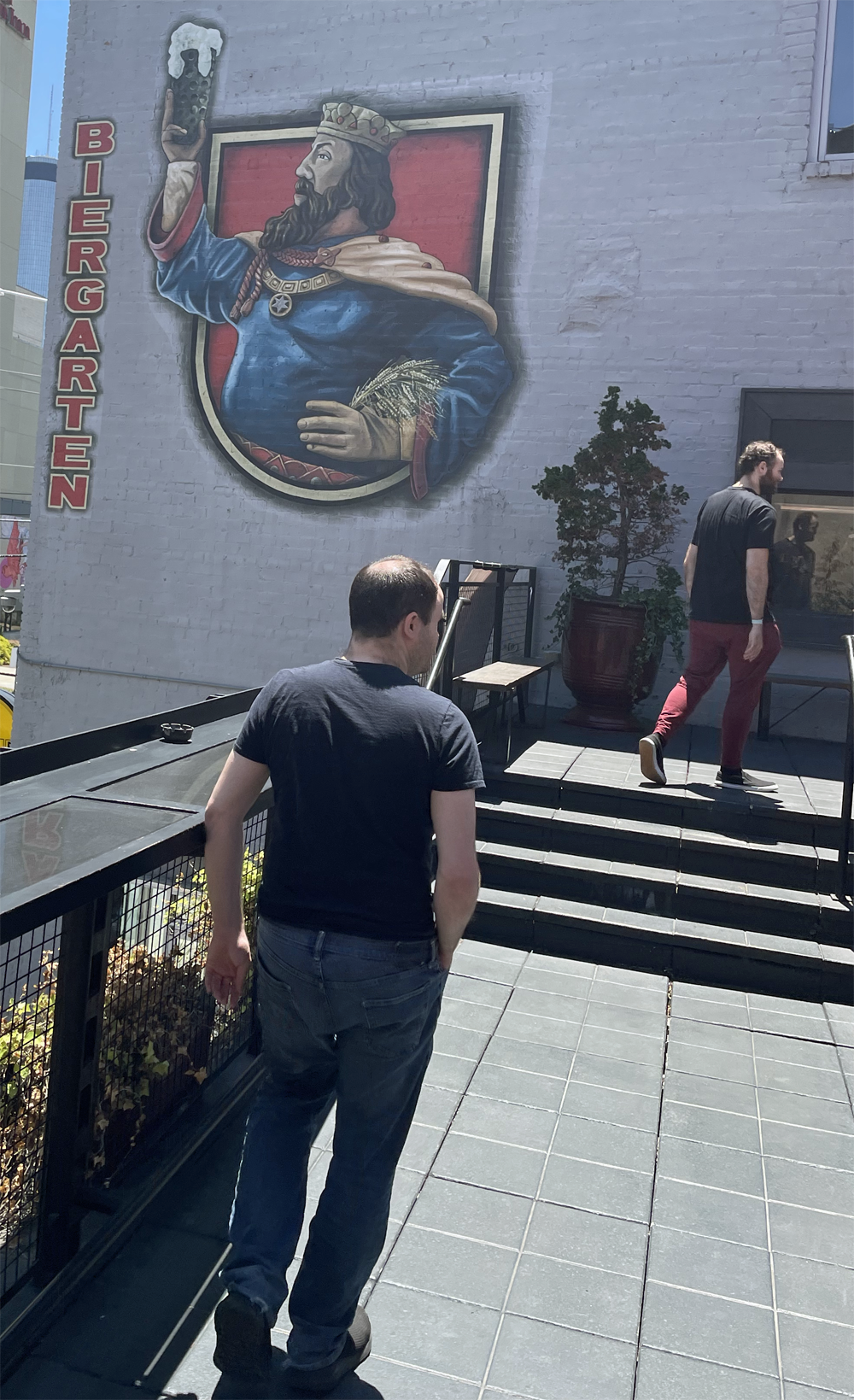 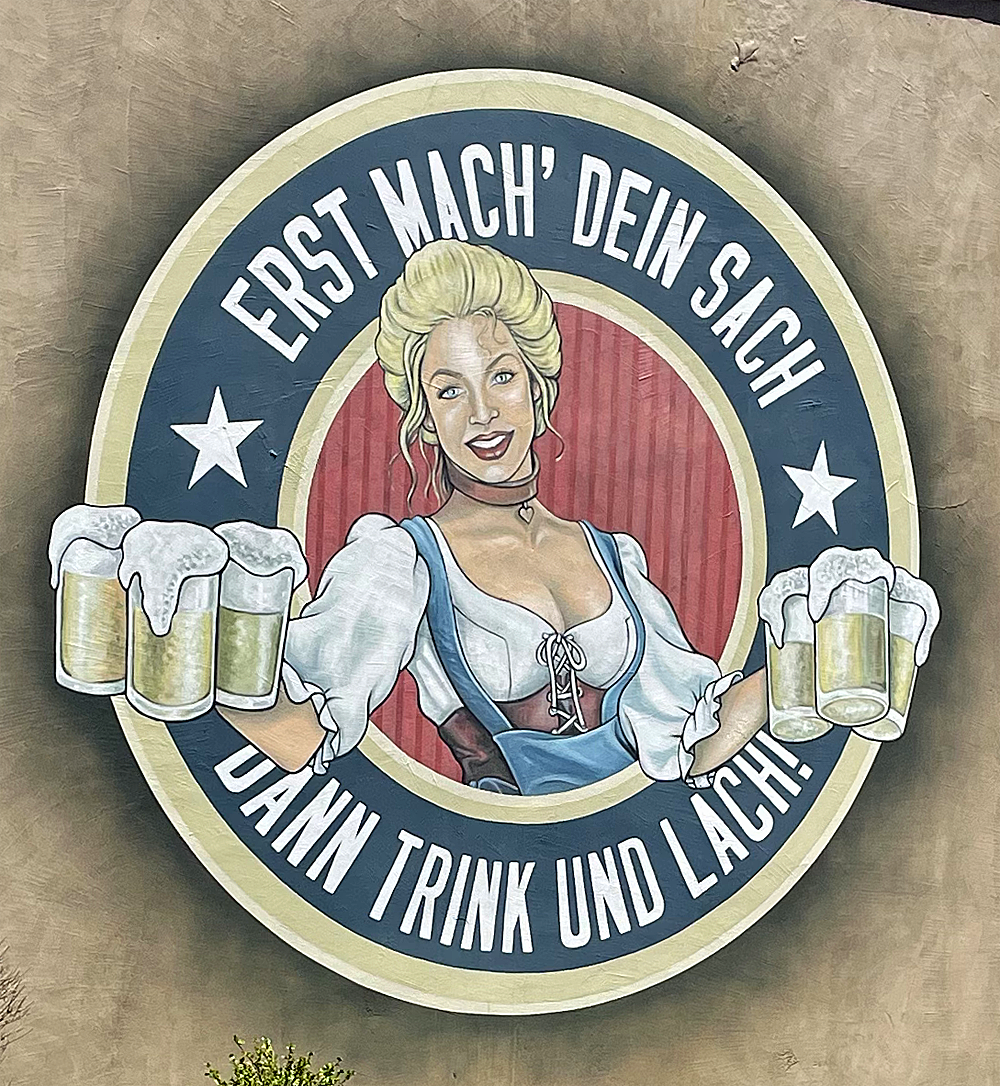 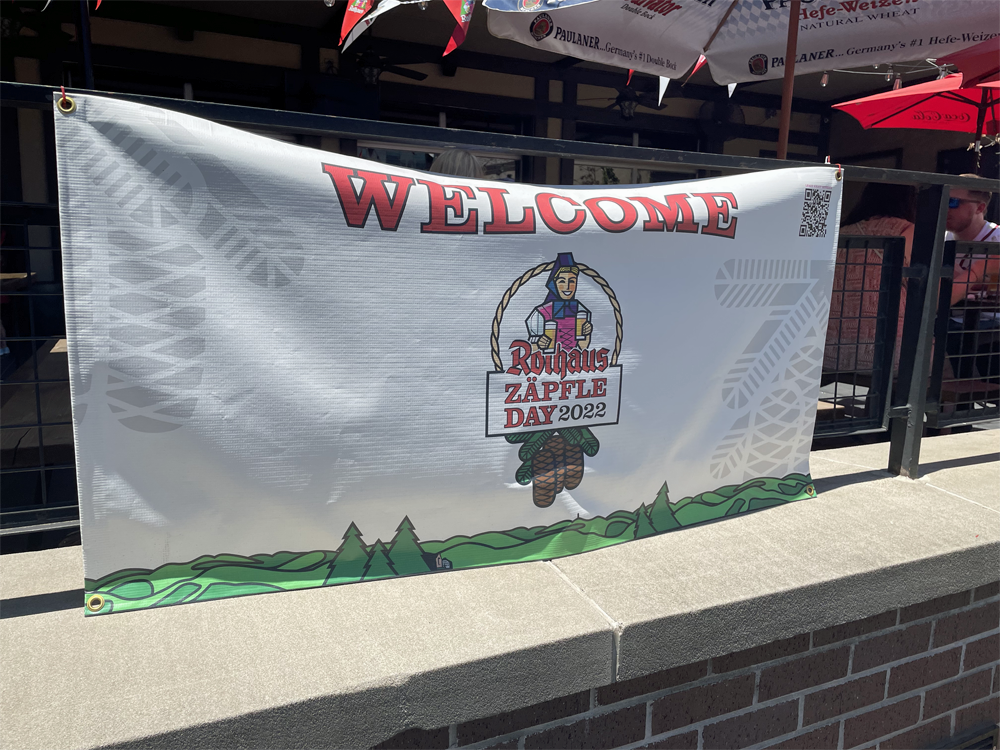 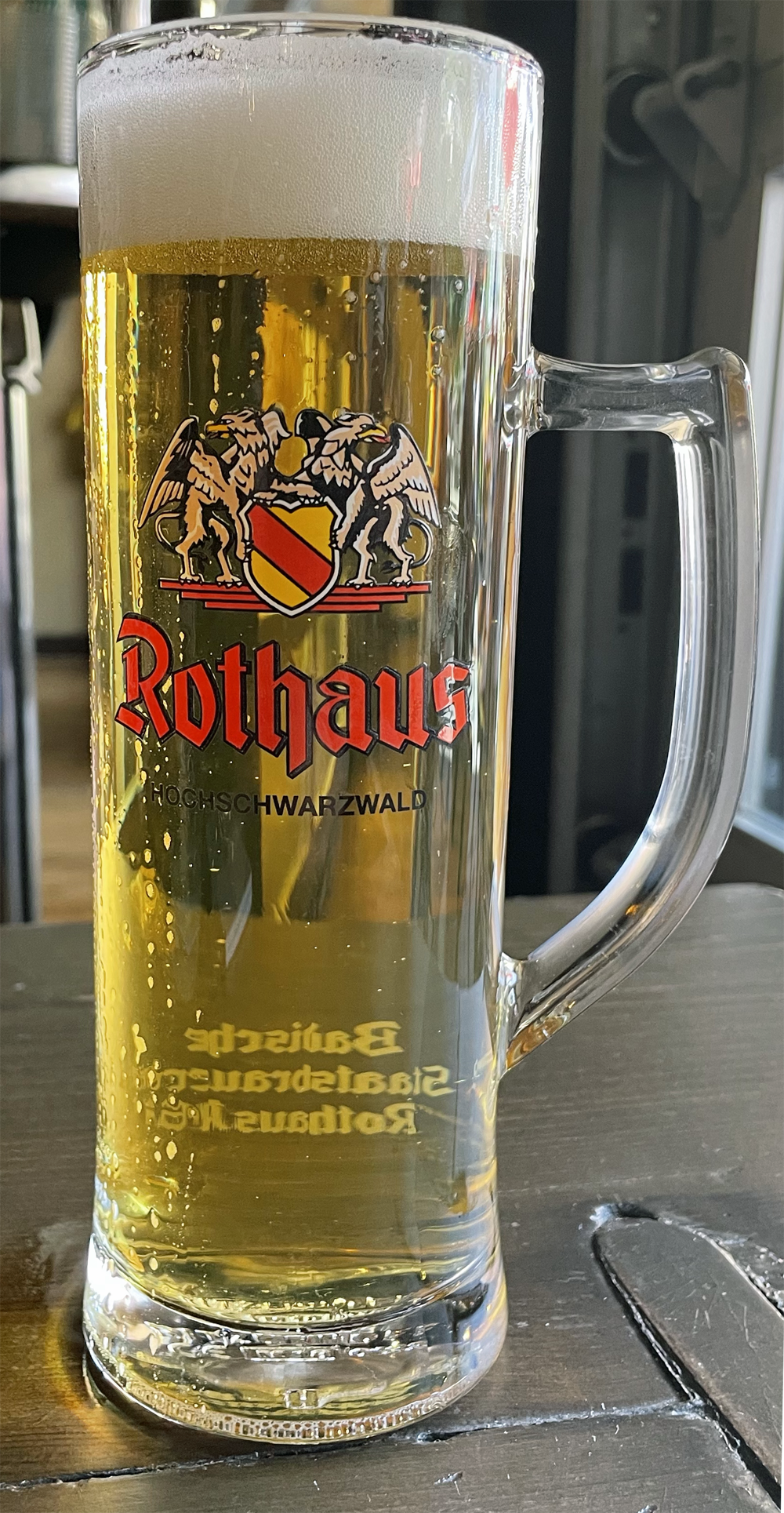 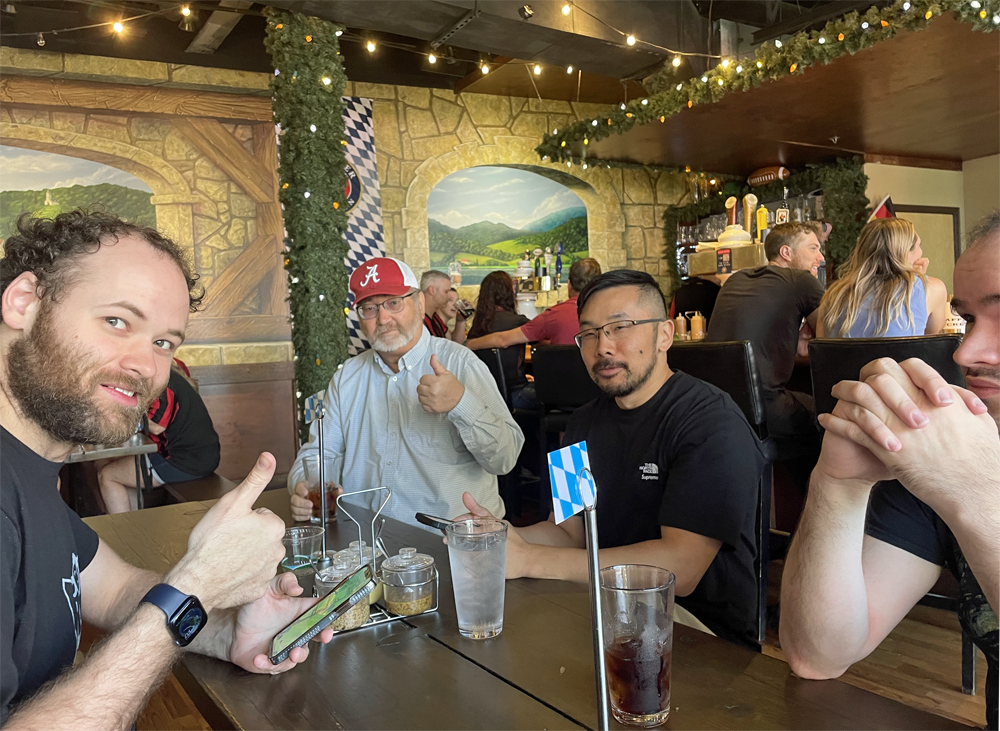 Glad I tried it?

Would I rebuy it??

*Pricing data accurate at time of review or latest update. For reference only, based on actual price paid by reviewer.